China Vs India on demographic dividend

The one area where India scores decisively over China - being on the right side of the long-term demographic profile. Its working population is estimated to keep growing well past 2050. This larger labour supply can be a major source of growth for India's economy. 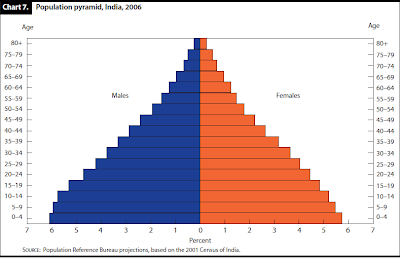 In contrast, for China, the largest segment of population is in the 35-44 age group and the younger people form a much smaller share of the total population than India. 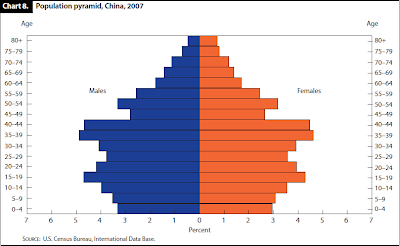 On the same issue, in a recent Vox post, Shekhar Aiyar and Ashoka Mody used state-level data from India, and found that its demographic dividend has "played a key role in India's accelerating growth since the 1980s and will add 2% to annual income growth for the next two decades".
Posted by Urbanomics at 6:52 AM