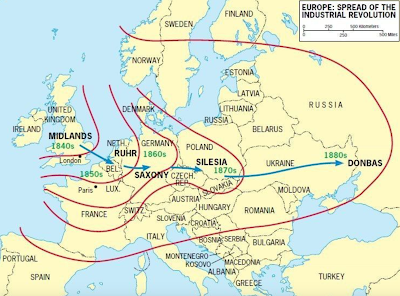 The twitter account here is excellent.
2. Tamal Bandopadhyay has a story on the super-charged growth at all costs strategy pursued by RBL Bank under its earlier leadership, which invited the attention of the regulator.
If true, there may be parallels with Vishal Sikka at Infosys, in so far as the management styles and strategies of the two US executives came to be at odds with the more conservative Indian corporate and regulatory cultures and environments.
3. Informative article about the challenges with privatisation of BPCL. The article points to the 2017 sale of a much smaller Essar Oil by Rosneft for $12.9 bn,

At its $11 billion-plus valuation, BPCL is a risky proposition especially if the government, under pressure from unions, places onerous terms on retrenchment or resale of certain assets and interferes in fixing petrol and diesel prices. BPCL trades at Rs 391. The government expects a much higher valuation factoring in a control premium of Rs 300-Rs 400 a share considering that Rosneft paid more for a less-endowed Essar Oil. That deal included a 400,000 barrels per day (b/d) modern refinery at Vadinar, a captive port and power plant, and 3,500 retail outlets. Compare that to BPCL, which operates 24 per cent of India’s 80,458 retail outlets, 23 per cent each of the 263 aviation fuel stations and of the 21.3 million tonnes of LPG bottling capacity, and a combined 550,000 b/d of refining capacity at Mumbai and Kochi. It also has petrochemical units, stakes in city gas distribution in India and a 10 per cent stake in a $20-billion Mozambique LNG project.

4. FT has a long read on the end of the Chinese lending spree in Africa,

From almost nothing, Chinese banks now make up about one-fifth of all lending to Africa, concentrated in a few strategic or resource-rich countries including Angola, Djibouti, Ethiopia, Kenya and Zambia. Annual lending peaked at a whopping $29.5bn in 2016, according to figures from the China-Africa Research Initiative at Johns Hopkins University, though it fell back in 2019 to a more modest, if still substantial, $7.6bn.

For all its claims of being the largest development finance lender in Africa, its official development aid (at least 25% grant component) share is smaller than that of all major western countries. 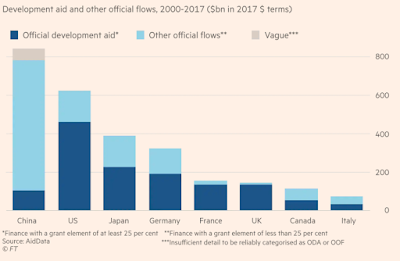 According to state planning board estimates, the state had 3-3.5 million migrant workers, though the actual number could be 4 million, around 12 per cent of Kerala’s total population. This could swell to 5.5 million by 2030. Other-state migrants now account for 26.3 per cent of Kerala’s total workforce; in districts such as Ernakulam, the share could be as high as 57 per cent. Of this number, close to 2 million are employed in construction, followed by manufacturing, agriculture and low-paid service sectors such as hotels and the retail trade. Based on another planning board study, these migrant workers in Kerala are estimated to be remitting Rs 750 crore annually from Kerala to their native states. It pegs the average monthly income per migrant at Rs 16,000, around Rs 3,500 less than their local counterparts.

Compared to Kerala's own external migrants,

According to the state government’s Norka (Non-resident Keralites Affairs) department, around 4 million people from the state live overseas, 1.3 million in other Indian states. Overseas Keralites account for around 20 per cent of India's remittances of $87 billion as of 2021 (World Bank estimates). Remittances constitute 35-40 per cent of Kerala’s Net State Domestic Product.

This is an important observation,

Benoy Peter, executive director of Centre for Migration and Inclusive Development, an NGO working among migrants says, “In terms of wages, though they earn less than locals, the informal sector workers in Kerala are getting the highest wages in the entire subcontinent... It is almost like West Asia for Keralites, the only difference is the majority of them are not properly educated.”

6. MGNREGA demand continues to far outstrip demand. The real requirement for next year may well be over Rs 1,50,000 Cr, far beyond the Rs 95000 Cr of this years revised allocation.

7. Shankar Acharya writes about the contribution of the Kenyan Leakey family to the discovery of human origins in Africa,

By some estimates, the collective contribution of fossil discovery and analysis by the Leakey family cumulates to around half the total available fossil evidence relating to human evolution. There are several striking conclusions one can draw from the post-1940 work in this area. First, the origins of man (including various species of hominids) stretch back six million years or more. Second, because the fossil record is, in its nature, still quite fragmentary, our understanding of man’s origins is a work in progress despite the enormous advances of the last few decades. Third, the 300,000-year long history of Homo sapiens is actually a short time span compared to the longevity of various other species, including several lines of hominids. Fourth, it is noteworthy that in recent centuries, the explosive growth of the Homo sapiens population has come at the expense of thousands of other species. Last, and most worrying, sapiens has been the most deadly species not only for others but quite possibly for itself, as the cumulative consequences of its actions pave the way towards the Sixth Extinction.

About 60 per cent of spending by a US consumer typically goes to goods and the rest to services, but that has risen to 65 per cent, according to Bernstein. As a result, US imports were up almost 20 per cent in September and October 2021 over the same months in 2019.

Freight shipping rates have rocketed during the pandemic, 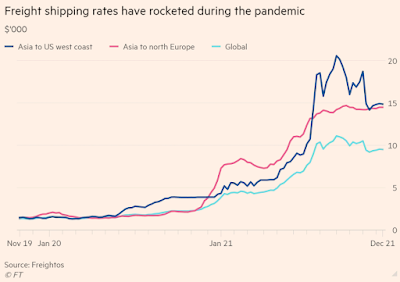 The New York Fed has a new index for supply chain disruptions. 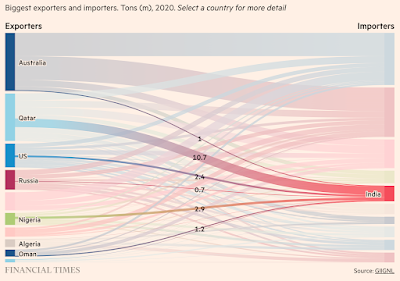 10. Fascinating article in NYT about how ordinary officials and people in China in general and Xi'an province in particular have helped the government impose the draconian lockdowns and other restrictions with great effectiveness during the pandemic.

11. A South African government judicial investigation has found the consultancy Bain & Co a corporate enabler of graft in the country during the regime of Jacob Zuma. In a damning report, it documented how Bain colluded with Zuma and his cronies to weaken the South African Revenue Service (SARS) and crippling its ability to carry out investigations of tax evaders. It has accused Bain, which was hired as a consultant to advise SARS, of supporting President Zuma with "state capture" by corporate and other interests.

Bain follows in the footsteps of McKinsey and KPMG who have all been accused or at least tacitly acknowledged guilt in colluding with the previous government to promote rent-seeking. Consider this,

Vittorio Massone, the firm’s former South African managing partner, forged a close relationship with Zuma, meeting him on average every six weeks between 2012 and 2014, according to the report. An event management company owned by a soap-opera producer close to Zuma became Bain’s second-highest paid local adviser around the world, the report said... Between 2012 and 2015, Bain laid plans “to restructure entire sectors of the South African economy” and centralise state procurement, the report said... “In cozying up to [Zuma], I think they [Bain] saw even more money to be made” and Massone was not a rogue actor... “In management consulting in particular, it is impossible to work in a vacuum. The [intellectual property] that Bain developed . . . Massone would have drawn on.”... Bain’s quest for influence even extended to Massone attending meetings to discuss the manifesto of the ruling African National Congress, according to the report. Yet beneath these grand ambitions, “across Africa Bain had no tax authority experience” and “knew that they did not have the necessary expertise”, the report said.

It's most certain that the entire Bain leadership in Boston knew about this. These smells spread quickly across any organisation. And they were culpable in condoning such practices in a distant African country with a promising market.

More worryingly, it's certain that most of the people in Bain associated with this would have personally been party to some rent-seeking, either cash or in-kind. Does anyone speak about it? Massone, who had become the symbol of the Bain-Zuma partnership, was allowed a dignified exit from Bain. This served the purpose of sweeping things under the carpet and ensuring that others and the company itself does not get dragged any more into the mess.

12. In some ways, it's good news that India lost to South Africa. The team's collective behaviour on the third day of the last test was despicable. A victory would have given them undeserved bragging rights as being the best Indian team ever, having won in Australia, England, and South Africa.

As to those claims, it can be said that this team has perhaps the best bowling attack in the last thirty years (or ever), and the weakest batting line-up over the same period. The former has been aided by very weak batting line-ups across countries. The first 6-7 of Australia, England, New Zealand, Pakistan, and South Africa (and all others) are remarkably weak, perhaps the weakest uniformly in decades.

It needs to be born in mind that India's biggest problem in the last two years has been its 3, 4, and 5 batters. All of the three average 25-28 in 15-20 tests. Pujara was critical in winning in Australia, whereas the other two, Kohli and Rahane, have been bystanders.

Posted by Urbanomics at 8:06 AM