This visualization tool (via Alain Bertaud) developed by the World Bank nicely illustrates the deep divide that exists in physical access to the job market for residents of Buenos Aires using various transit modes - public transit, car, bike, and walking.

The graphic maps (as color codes) the different occupational locations across the city. The interactive facility enables us to map the number of jobs accessible from any residential location, within different commute time zones, using the four transit modes.

The comparative graphic for one area, General San Martin, shows that within a 30 minute commute radius, a car user has access to 14 times more jobs than a public transit user. 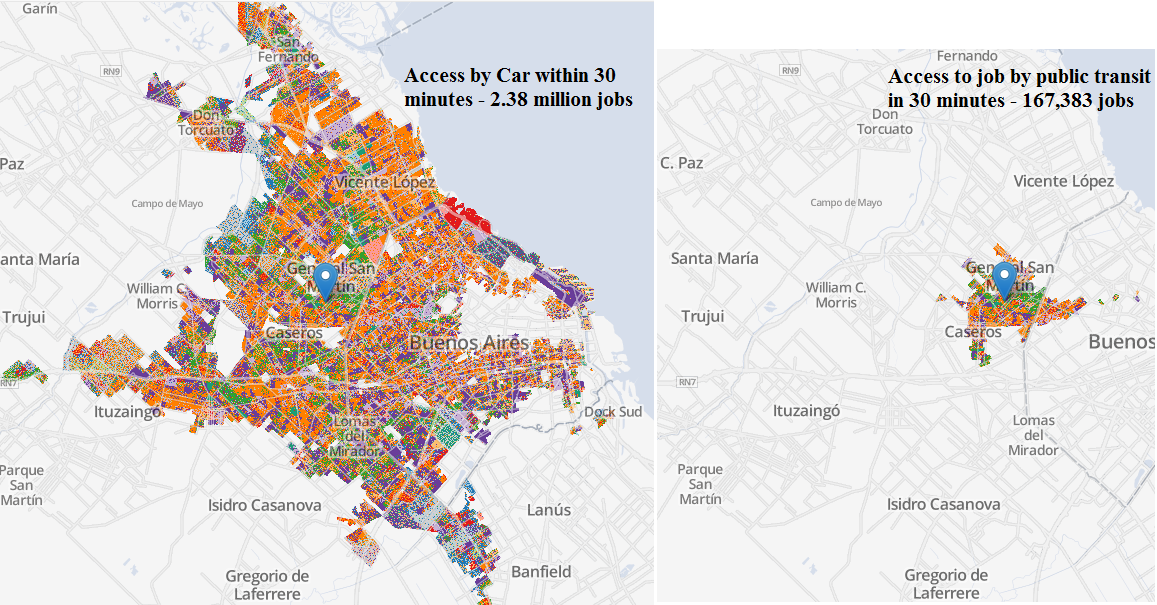 Visualization graphics like these give us a great intuitive sense of how successful a city is in achieving its primary objective - connecting residents to jobs. Or how and where it is failing to achieve agglomeration economies of scale. It helps transport planners and city managers plan for urban transit and infrastructure improvement projects so as to minimize commute times.

The pursuit of smart cities in developing countries can be better served by such (see also this) smart decision-support tools that enable more effective (detailed and real-time) urban planning than by grandiose physical infrastructure and technology projects.
Posted by Urbanomics at 7:54 PM