The anti-trust challenge in US

It was thought that free-market capitalism had solved the problems of monopoly and oligopoly by the nineties. Anti-trust vigilance has since taken a back-seat. But as a superb interview of Roni Michaely, a Professor at Cornell exploring business concentration and its effects, shows that the time may have come for anti-trust regulators to step in.

The rise in business concentration is uniformly across industries, 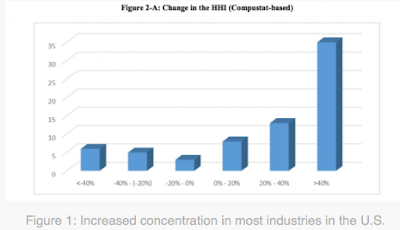 And is also reflected in the alarming decline, amounting to a near halving, of the number of listed firms. 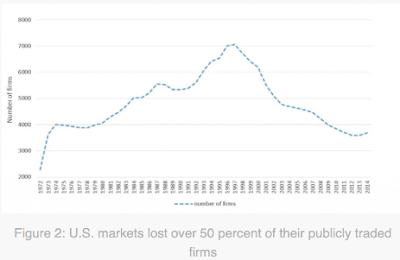 And evidence that the concentration is increasing pricing power (and greater surpluses at the expense of consumers) comes from a significant increase in return on assets (RoA) and profit margins of firms in industries that have become more concentrated. 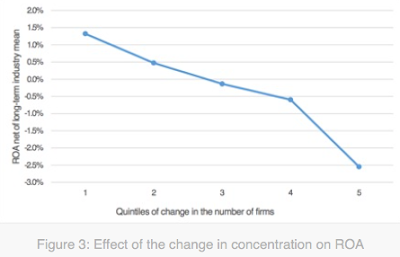 The merger spree in banking since 1996 has led to the collapse of 37 banks into just four giants. 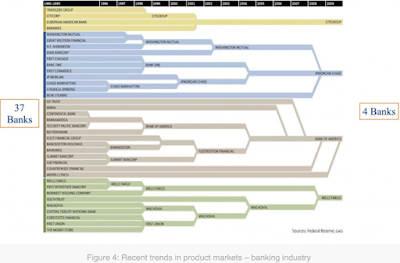 The most egregious indicator of business concentration has to be this - the share of US deposits going to the four biggest banks has risen spectacularly from just 7% to 58%, a more than eight-fold rise, over the 1995-2014 period.

This cries out for anti-trust action.
Posted by Urbanomics at 12:43 AM

Email ThisBlogThis!Share to TwitterShare to FacebookShare to Pinterest
Labels: Monopoly, Regulation, US Economy