1. A new study of 23 drugs, eight of which were under patents, reveals that while prices are highest in the US and lowest in India... 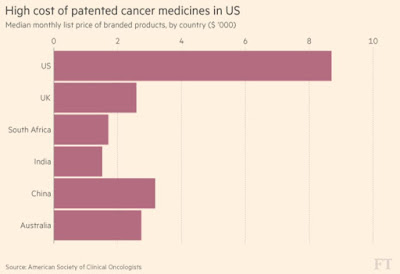 ... their affordability is reversed. 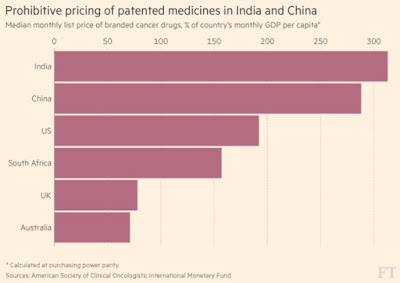 Germany’s economy, despite its size, is extremely open. The ratio of exports to gross domestic product is 46 per cent. In Japan, the figure is 18 per cent and 13 per cent in the US. This openness allows Germany to pursue a passive macroeconomic policy at home and benefit from active demand-side policies pursued in other countries. About 60 per cent of the German current account surplus is with the US, the UK, France and Italy, which all have relatively high fiscal deficits. In short, Germany’s economy is supported by the demand management policies of countries that are heavily criticised by German academics and policymakers. 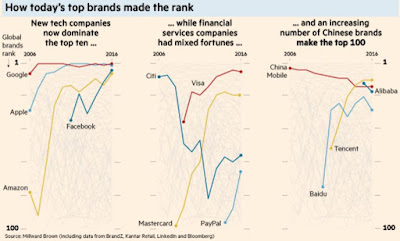 4. I was waiting for someone to call this. Livemint says that with its 20 trillion long-term capital base, LIC has become the Indian government's lender of last resort.

It is popping up everywhere, so much so that I would not be surprised if whole Ministries (like Railways and Roads) see them as more important than the Union Finance Ministry and its Budget! Livemint writes,

Where is the independence of LIC? If it is independent, why does it bail out the government through investments in bonds, equity or infra funds? Interest of the policyholders is key. They should get the best returns for their money... For instance, LIC picking up non-voting shares in banks at a price which was not discounted is not fair to the policyholders. In state-run banks, the voting rights are capped at 10%. So, in instances where LIC picked up more than 10% stake in state-run banks and is not getting voting rights, one can question why LIC did not purchase these shares at a discounted price..

The study employs data on the rating and non-rating activities of all CRAs in India from 2010 to 2015. It finds that a CRA that provides non-rating services to an issuer provides higher ratings (designating lower default risk) to that issuer when compared to the rating provided to the same issuer by other agencies... After controlling for various confounding factors, the distribution of ratings of issuers with non-rating services clearly dominates that of issuers without non-rating services. Additionally, the study examines the amount paid for consulting and finds that issuers obtain higher ratings the more (non-rating) revenue they generate for an agency.

6.  Contract workers are an increasing share of the workforce even among India's leading IT companies,

Wipro, the country’s third largest software company, hired more contract workers than full-time employees in each of the past six years... Their number has increased from 70-odd in 2010 to more than 20,000 at the end of March.

7. Amazon announced an additional $3 bn investment in India last week, adding to the $2 bn made over the last two years. The major share of spending for e-commerce firms has been on marketplace discounting,

(Discount) sales and their accompanying ads are among the biggest sources of expenditure as well the biggest drivers of revenue for Amazon and the other online retailers... Amazon ran through nearly $2 billion in India in less than two years since its chief executive Jeff Bezos announced the investment in July 2014...

But such spending may no longer be possible given the new FDI rules which while allowing 100% FDI in online retail of goods and services under the marketplace model, prevents e-commerce firms from influencing the pricing of products, directly or indirectly, and limits a single seller's share to 25% of sales on any marketplace. Evidently, this leaves Amazon and others with limited flexibility to offer deep discounts and leaves warehousing and logistics management as the major investment avenues. But there is only so much you can invest in e-commerce logistics.

I believe that the FDI guidelines are a good example of industrial policy. In so far as the overwhelmingly large share of FDI in e-commerce went into deep discounting in the race to acquire customers, it had no productivity enhancing role. The FDI policy now limits that option and encourages these firms to invest in their supply chain infrastructure. In this context, can policy go one more step in channeling some share of these investments into establishing agriculture logistics infrastructure like cold storages? It may even be prudent to increase the seller's share beyond 25% in case of farm products.

8. Fascinating graphic that captures how twitter reveals the ideological preferences of Democrat and Republican Congressmen. The graphic points to a study that captures the science-related engagement as reflected in their respective Twitter accounts 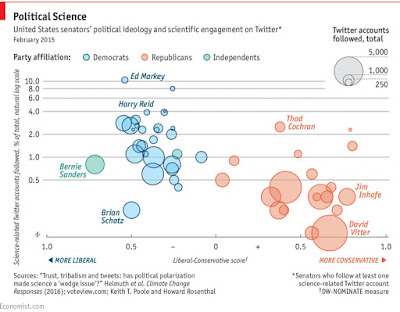 While the Senate’s interest in science is generally quite low, Senate Democrats are three times more likely than Republicans to follow science-related Twitter accounts like NASA or the National Oceanic and Atmospheric Administration. Interest in science, the authors conclude, “may now primarily be a ‘Democrat’ value”... (But) among the ten most scientifically engaged Republicans on Twitter, half were willing to cross the aisle in January 2015 to vote in favour of an amendment declaring that “climate change is real” and that “human activity contributes to climate change”. With a greater understanding of science, leaders in Congress may be more willing to break party ranks and find common ground.

Posted by Urbanomics at 8:23 AM