1. Tyler Cowen points to the stark contrast in night-time ariel photographs of South and North Koreas to highlight the importance of institutions. 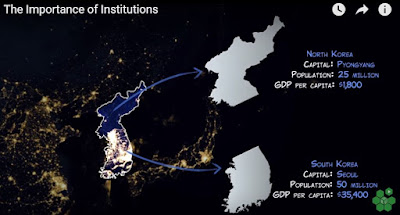 2. The US LNG exports, which just began, have already triggered off speculation of price wars in Europe. Like Saudi Arabia in oil, Gazprom has the potential to become the swing gas producer since it has the largest spare capacity and is also the lowest cost gas producer in the world. In the context of rising US exports and liquefaction terminal construction, the FT reports that Gazprom may be encouraged to increase production to push prices down lower to keep out the shale imports. 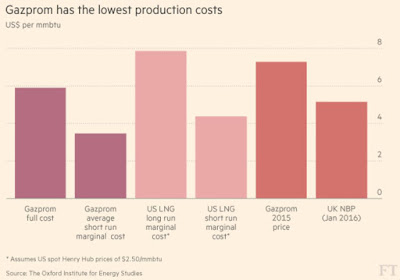 It is only a matter of time before these forces reach the East Asian markets, keeping gas prices there contained. A truly integrated global natural gas market may be only a couple of years away. It is all the more important that India's policy makers keep this in mind while formulating gas pricing policies for the new production sharing contracts.

3.  A good summary of research on the impact of MGNRES in Livemint. One thing that is clear from recent events is that the program is good politics. 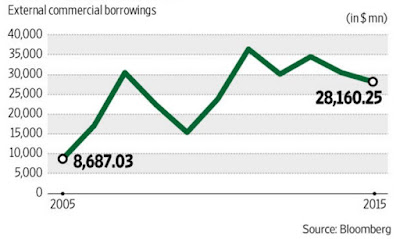 It appears that, at this point in time, India is investment-demand constrained. Public investment should undoubtedly become the engine to revive investment cycle. But, at about 1.72% of GDP for 2015-16 and a high fiscal deficit, there is only so much that is possible with this strategy.

5. Following the 20% import duty on hot-rolled coils imposed in September for 200 days, the Government of India has imposed a minimum import price on different categories of steel products for a period of 6 months. These measures are aimed at protecting a bruised steel industry. It comes even as the industry is floating on excess capacity, and steel makers across the world are fighting sharply falling demand and thereby prices.

This is certain to invite action against India before the WTO's Dispute Settlement Board and most likely to be untenable. Further, it is not clear whether this is going to improve the prospects of most Indian steel producers whose competitiveness have been seriously hurt by their very large debt-servicing costs, which alone in some cases is more than the import price of Chinese and Russian steel. Finally, the biggest losers will be the country's manufacturing industry, for whom steel is an important intermediate, and the consumers.

6. The Citylab writes that 2015 was a bumper year for skyscrapers (more than 200 m high), with the highest ever completions. Interestingly, Jakarta had the largest number of skyscrapers completed in 2015, at seven. As a comparison, Mumbai had one. 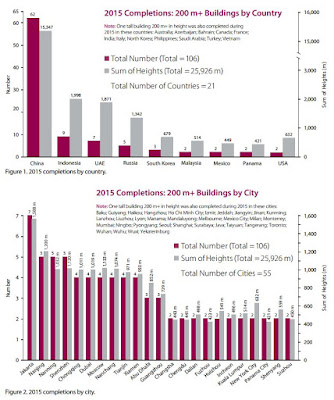 It is surprising that India, where A-grade commercial real estate has been frothing, does not figure anywhere. Interestingly, while Mumbai has 14 skyscrapers, all but one are residential. This is in stark contrast to global trends, where office and mixed-use dominate and residential is a very small share. Why doesn't India's office space developers go vertical?

7. The Business Standard argues that the Vijay Kelkar report recommendations would go a long way towards reviving PPPs in infrastructure. In particular, this caught attention,

The most path-breaking suggestion is a two-tier framework of dispute resolution with Infrastructure PPP Project Review Committee and Infrastructure PPP Adjudicatory Tribunal. Once a stakeholder files a reference before the tribunal, and it takes cognisance of it, no party or stakeholder would be allowed to approach any court of law, and all courts shall refrain from adjudicating upon any proceedings initiated that are related to the project in question.

I am not that optimistic. There is nothing different here than with all the other Tribunals. In other words, there is nothing that prevents the disgruntled party from approaching the Courts at the drop of a hat and the latter from entertaining their pleas. All such talk of "independent mechanism for speedy redressal of disputes" appears logically and academically great, but have limited real-world basis in India's messy decision-making systems.

8. Are cows and buffaloes substitute goods? The Maharashtra government's ban on cow slaughter appears to have unintended consequences. The prices of cows, even good milch ones, have fallen sharply, just as those of buffaloes have risen.
Posted by Urbanomics at 11:30 AM