1. Carmen Reinhart estimates seven or eight non-oil commodity price booms since the late eighteenth century. The booms have typically lasted 7-8 years and busts about seven years and peak-to-trough declines of more than 30%. 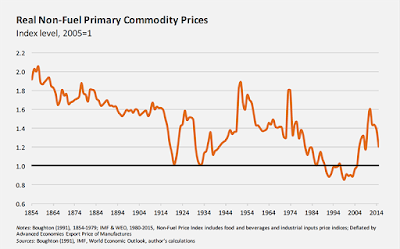 The current bust is in its fourth year with prices having declined by about 25%.

2. The much-expected decline in bond markets after a sustained bond-cycle may be stemmed by the dynamics generated by demographic forces. Consider this,

The ageing population is transforming savers and risk-taking investors into rentiers — meaning an increasingly large proportion of the economy relies on a stable, regular and predictable income derived from past investments. As baby-boomers become pensioners, this class increasingly favours bond-like instruments and moves their portfolios away from stocks. According to Towers Watson, worldwide pension fund assets under management in the 16 major markets total $36tn — equivalent to nearly half of global gross domestic product. In the seven largest markets, pension asset allocation to bonds (30.6 per cent) was close to that of equities (42.3 per cent), and there is a discernible shift away from other investments towards bonds.

3. John Authers talks about the endowment effect among fund managers and how over-valuing assets contributes to losses,

The endowment effect is by far the most widespread psychological flaw in investors. Based on research of global equity portfolios worth more than $1tn in total, some 25 per cent suffer from the endowment effect... In investment, the endowment effect revolves around fear... and it afflicts successful stockpickers. In a typical example, the manager buys a stock at $20, expecting it to go to $50. It reaches $43 or $44 swiftly, and then stalls. But the manager cannot bear to sell until they have gained their full expected value... The fear of embarrassment, of not getting full value for a good investment, fools talented stock pickers into tying up too much capital in what has become “dead money”, when their skills would be far better put to work finding new stocks to buy... For portfolio managers... the average cost of the endowment effect at about 100 basis points. But for about 10 per cent of portfolio managers, the effect of overvaluing their winners can be far worse, at as high as 2.5 percentage points per year, a terrible disadvantage.

4. Livemint has a nice graphic summary of the evolution of India's human development - education, health, and income - since 1870 using an index constructed by Prof Leandro Prados-de-la-Escosura. The index finds that while the country has narrowed its income gap with the richer countries since the economic liberalization of the early 1990s, the health and education gap continues to widen. The comparison of the trajectories of India and China on the two sub-indices is instructive. 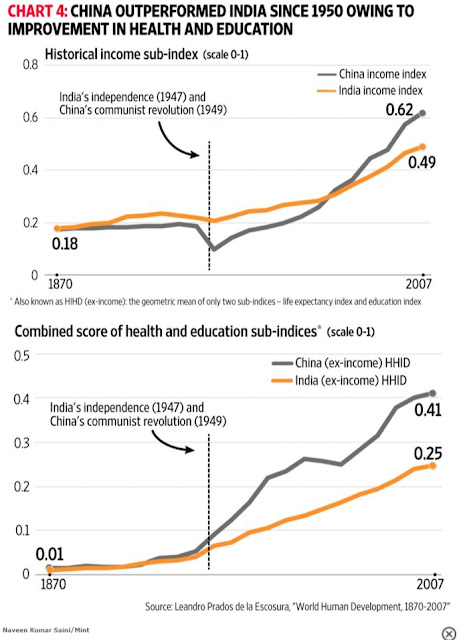 5. Two good data journalism stories in Livemint - in the run-up to Paris, a summary of the climate change problem, and commute patterns in the 53 million plus cities of India. The percentage of people traveling by foot or bicycle in many cities is very high, the single largest commute mode. Ironically, they get the least preference and investments (look at the lack of footpaths and road margin parking that obstructs bicycle users) and their voice rarely heard. This is hardly surprising since they are more likely to be the poorest and most disenfranchised.

6. On the even of the Paris COP, here is a summary of the emission reduction commitments made by the top 15 emitters. 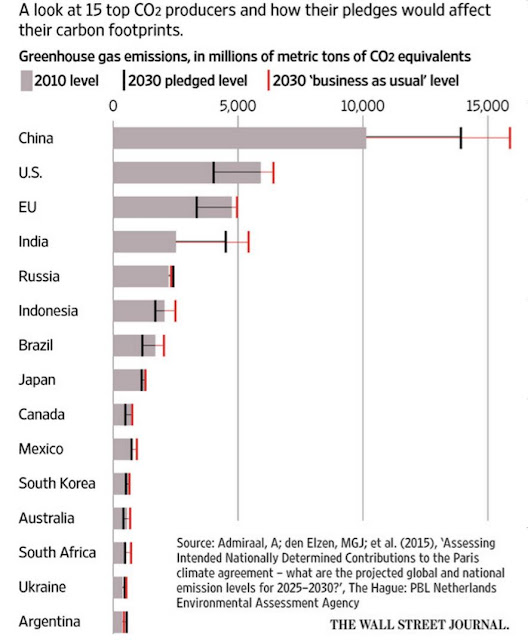 Irrespective of whether a binding commitment emerges or not, and even apart from the fact that these commitments fall short of the two degrees celsius temperature increase target, it may be a prudent step for all concerned to agree to a five-year revision goal.

7. A reminder of the pervasiveness and scale of poverty in rural India comes from this graphic (based on the SECC) of the percentage of households with the monthly income of main bread-earner being less than Rs 5000. 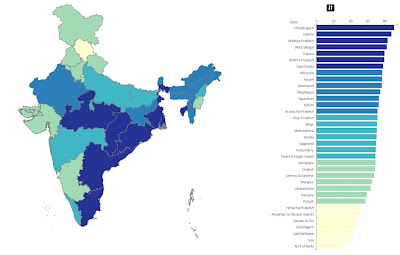 Sustainable long-term growth given such elevated levels of poverty is simply impossible.

8. Container shipping is the latest market to suffer from a race to the bottom (in pricing) driven by excess capacity. So much so that it may be cheaper to rent containers than an equivalent amount of land space!

9. India leads in various measures of corporate fraud in an EIU study for Kroll. The share of companies affected by breaches of regulatory compliances, bribery and corruption, misappropriation of company funds, and theft of intellectual property was the highest in India. 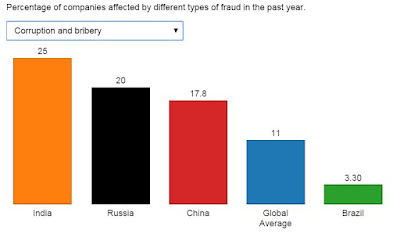 10. Ananth has a very comprehensive list of weekend reading links here.
Posted by Urbanomics at 12:58 PM