There is now strong evidence that countries grow not by producing more of the same goods but by producing more goods of increasing complexity. Prof Ricardo Hausmann describes this in terms of a country's capabilities (or tacit productive knowledge), which are encapsulated in the products it makes. Countries grow when they acquire more capabilities, and upgrade, or move up the product ‘escalator’, from their current products to other, usually more sophisticated products. But this movement, commonly described as structural transformation, is easier between closely related products, or where there exists complementarities in the required capabilities.

What has been India's performance with the process of structural transformation? Let me highlight the trends using data from World Bank's World Development Indicators and trade data from the CID's Atlas of Economic Complexity.

Among countries with similar percapita GDP, Indian economy has always had a very high level of complexity, as endowed in its export products. In fact, even as late as 2000, India's Economic Complexity Index (ECI) has been similar to that of China. 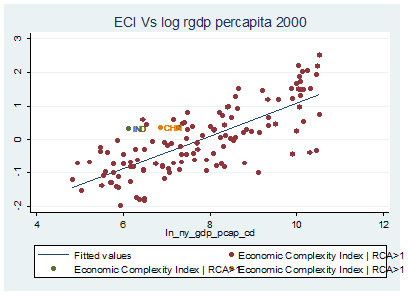 This has remained so till about 2005. But since then, the two countries have diverged sharply in their respective paths up the escalator, with China pulling away from India. 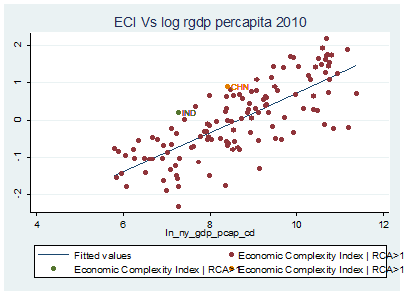 It's not just that China has pulled away with a dramatic structural transformation of its manufacturing economy, it has also been that India has stagnated, performing slightly worse than countries with similar per capita GDP. 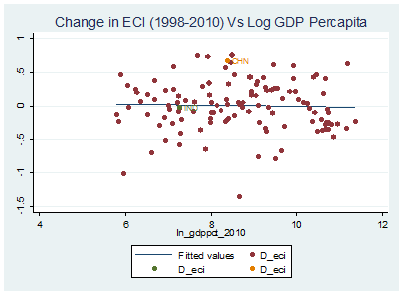 This story is all the more surprising since India's product diversity provides it a very favorable location in the product space, better than any other country, including China. In other words, given its current product space, India is best positioned to jump into more complex products which leverage the existing production complementarities. 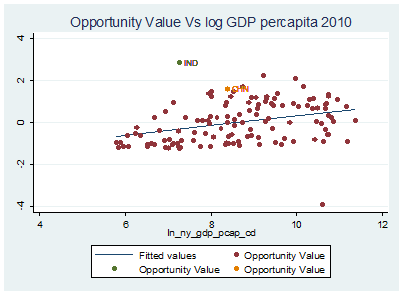 But, despite the initial advantages and vast opportunities, India has not been able to capitalize in moving up the manufacturing value chain (or industrial escalator). In fact, its opportunity value has increased in the 1998-2000 period, another pointer to the failure to realize the potential opportunities to move up the value chain. It is also a reflection of the relative stagnation in its manufacturing sector. As a corollary, the decline in China's opportunity value in the same field comes from the fact that it has realized much of the gains from moving up the escalator. 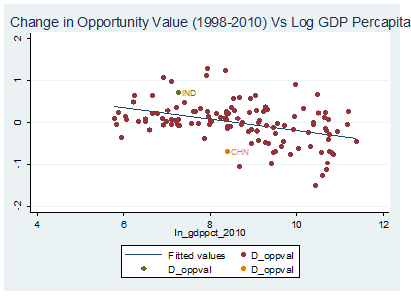 Clearly, the slow pace of structural transformation is a binding constraint on India's economic growth. This is also evident from various other measures of a stagnant manufacturing sector. Manufacturing's share of the GDP has been stagnant at 14-16% for more than three decades, a period which saw the rise of the East Asian economies. 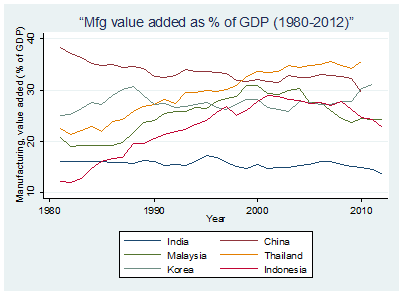 Interestingly, as the graphic above shows, unlike the others, India has traditionally had a disproportionately small manufacturing base. So it is clear that there are deep structural constraints that prevent growth of the country's manufacturing sector, and they have been binding all along our recent history.
Posted by Urbanomics at 1:48 PM