QE in 12 graphs from MGI

The MGI have a excellent report on the effects of the quantitative easing programs across the world. Here is a graphical summary.

1. An extraordinarily long period of ultra-low interest rates was pursued so as to help recover from the Great Recession and enable financial institutions, businesses, and households to repair their debt-laden balance sheets. 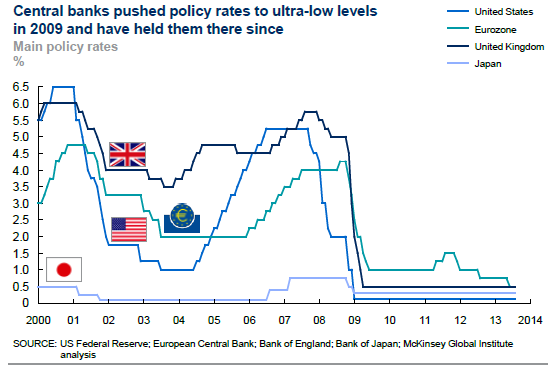 2. The low interest rates were complemented with aggressive balance sheet expansion by all the major central banks in developed economies. 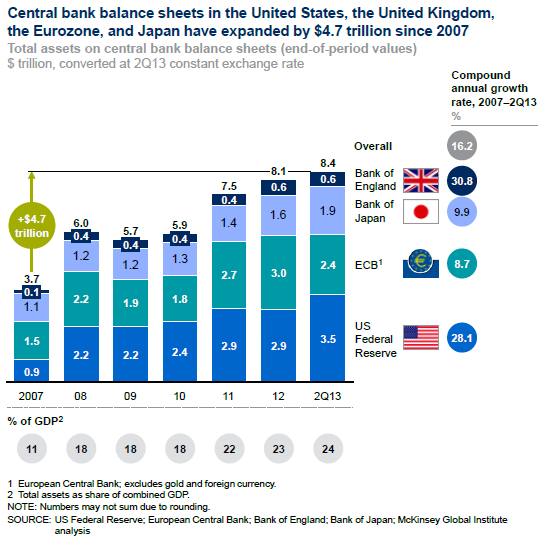 3. Apart from purchases of government securities, the US Fed and ECB intervened aggressively in credit markets, purchasing private assets like mortgage backed securities and commercial paper, and opened unlimited liquidity facilities to keep banks from being credit squeezed. 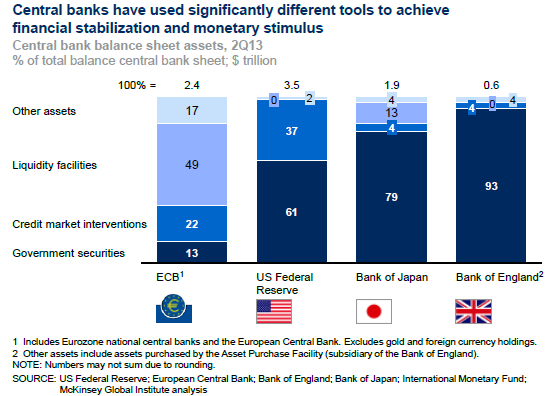 4. This extended period of monetary accommodation has had large-scale distributive consequences. Corporate borrowers and banks have been the biggest beneficiaries, whereas pension funds and households have been the losers. Non-financial firms in US, UK, and eurozone have saved an estimated $710 in 2007-12 on their debt service costs. 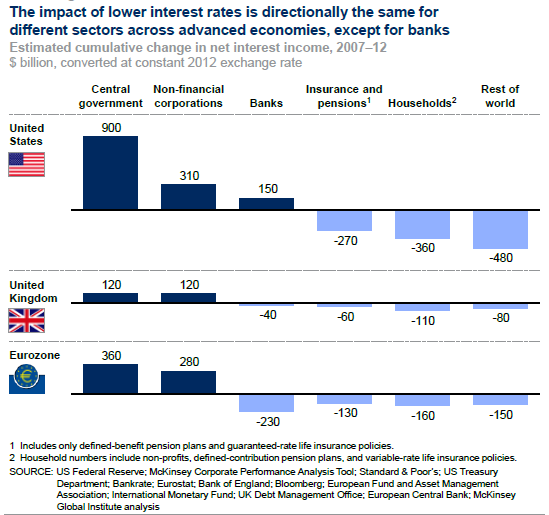 5. The bond markets have been the biggest beneficiaries. 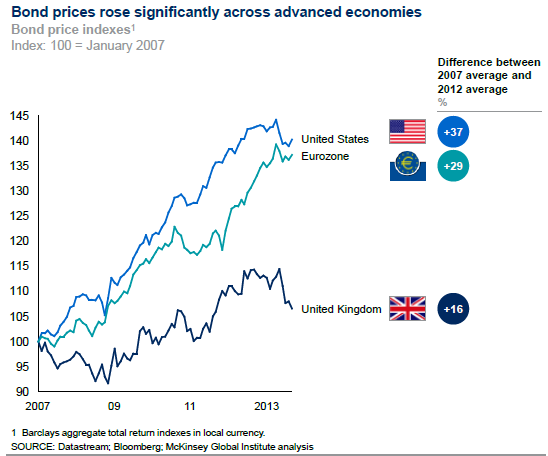 6. Interestingly, its impact on equity markets, despite the recent surge, has been mixed.

8. The biggest beneficiaries though have been governments. By the end of 2012, governments have collectively benefited $1.4 trillion in reduced interest costs over the 2007 rate. To that extent, it has provided the fiscally constrained governments in these countries with the resources to finance their stimulus programs. 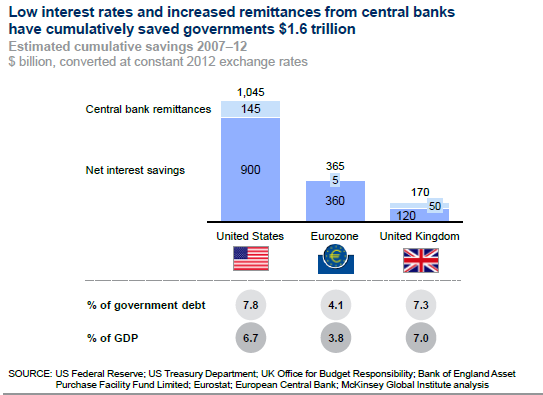 9. As the central banks start deleveraging, the biggest concern will be about its impact on the real economy, especially when economic activity remains weak and most countries are yet to recover fully their lost output and employment. The MGI report estimates that a 100 basis points increase in rates will increase household debt payments in US and UK by 7% and 19% respectively. In fact, households across US and Europe have lost a combined $630 bn as the lower interest on fixed income savings have more than outweighed the lower cost of borrowing. 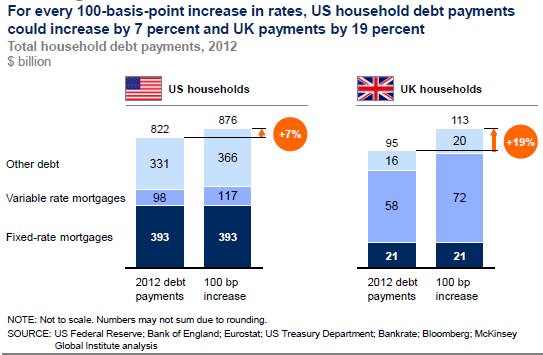 10. Emerging economies too have not been spared. The Fed's balance sheet expansion has coincided with surge in capital inflows into emerging economies. In the Q2 2009 to Q4 2012, $700 bn of portfolio capital flowed into emerging market debt. In fact, in 2009-12 Mexico experienced seven times bond inflows as 2005-08, and Turkey five times.

11. So when the Fed unwinds its balance sheet, it is natural to expect a reversal in flows. And we have already had a sneak preview of that possibility, with its adverse economy-wide consequences.

12. The adverse external account of many emerging economies makes them vulnerable to the risks associated with the exit from the quantitative easing programs.

More discussion on the report in FT and Economist.
Posted by Urbanomics at 1:00 AM