I have written earlier about the near impossibility of achieving the government's affordable housing mandate. The following graphics reinforce the point.

The country has one of the highest price-to-rent ratio among all its emerging Asian peers, thereby constraining demand. This points to over-valued property prices, a fact reflected here. 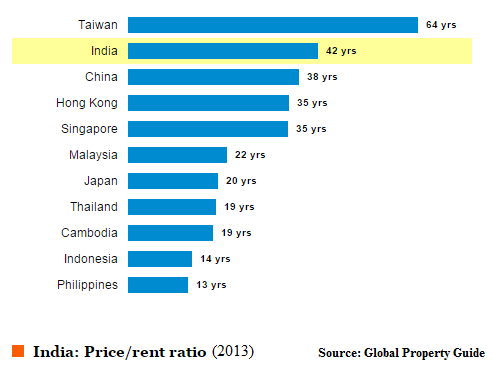 This is complemented by low rental yields, the gross annual rental income expressed as a share of property purchase price. Rental yields, a measure of the landlord's return on investment, have been stagnant at 2.5-3% for a long time. 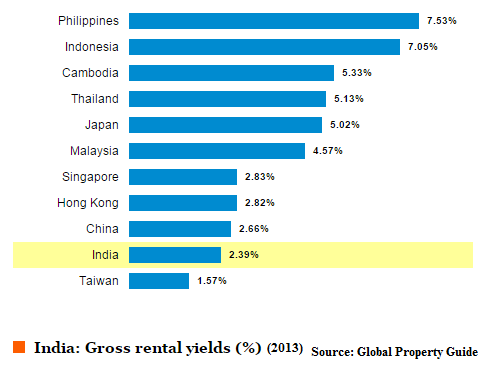 The combination of these two factors severely distorts the country's property markets. The former prices a large share of the population out of the market. The low rental yields, over and above acute land scarcity and high building costs, come as a disincentive to creation of housing stock other than for living in, and encourages land owners to hoard land rather than build on it. The combined effect of both is to severely constrain demand and supply respectively.

This effect is even more pernicious given the nature of demand and supply in India. The country's affordable urban housing demand stood at 25 million in 2010, of which 16.6 m was in slums. Nearly 90% of the demand comes from households with incomes below Rs 5,00,000. 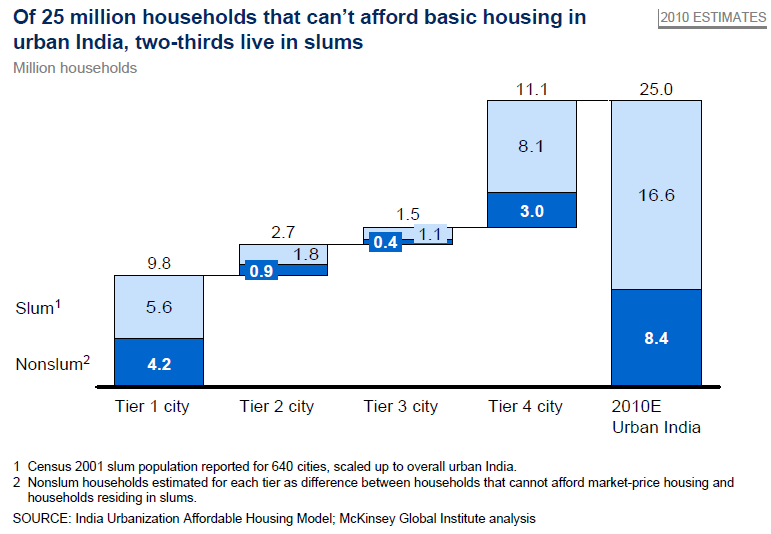 The real estate consultancy Jones Lang LaSalle estimates that 60% of the demand would come from households with annual incomes below Rs 5,00,000, whereas units for them constitute just 10% of the total supply. Interestingly, those with incomes greater than Rs 7,00,000 form just 20% of the demand, whereas a whopping 70% of the units in the market caters to them. In other words, 90% of the housing units in the market cater to the demands of just 40% of the population, those with incomes above Rs 5,00,000. 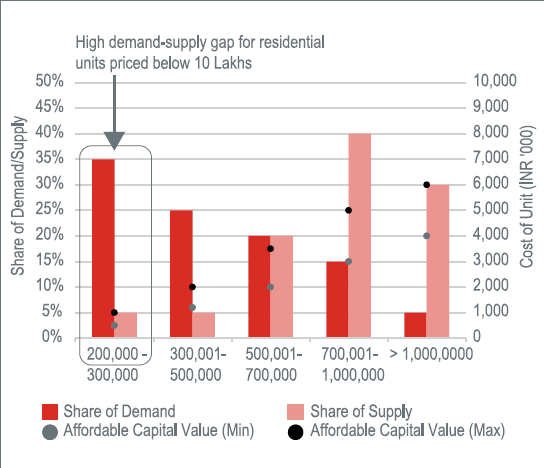 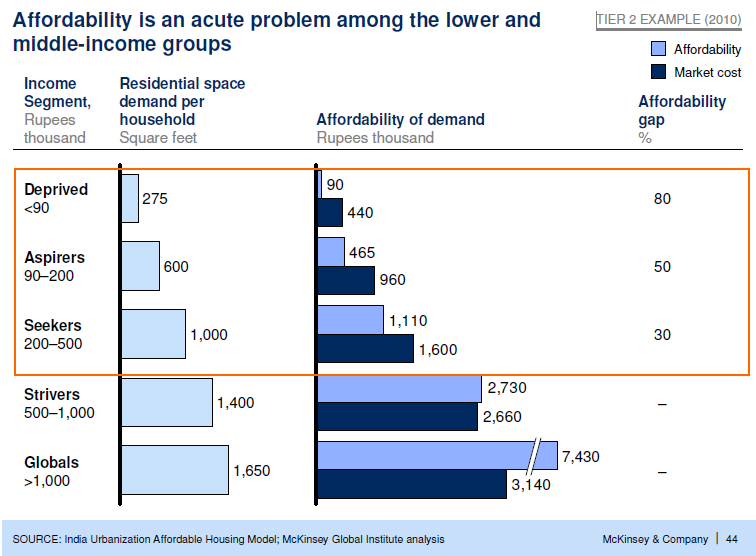 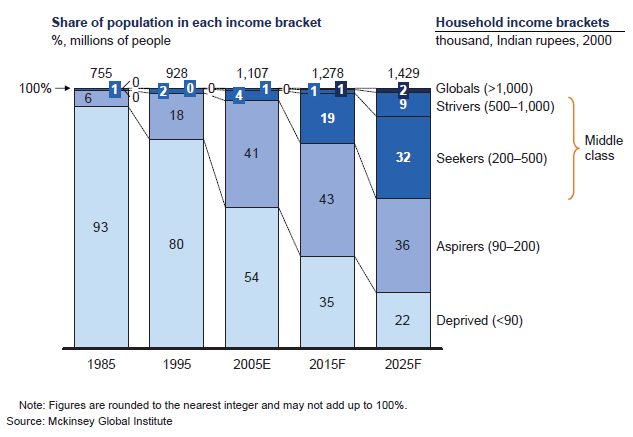 In the circumstances, meeting the affordable housing challenge appears a distant dream.

While Mumbai has among the lowest parking charges, its vehicles take up a disproportionate share of the space available.

A parked vehicle consumes the space of 8 people in Mumbai, while in New York Mid town, it occupies the space of .42 people.
Posted by Urbanomics at 7:35 AM