As the Indian economy continues on its uncertain recovery path, it is worth looking back at where things went wrong. The following two graphs are instructive.

The first graphic tells us that investment and credit growth have fallen precipitously since the Great Recession struck. The decline in gross fixed investment has been alarming, falling sharply from 33% in 2007 to just above 27% estimated for 2014. In the 2008-14 period, credit growth has nearly halved from its peak in 2008. 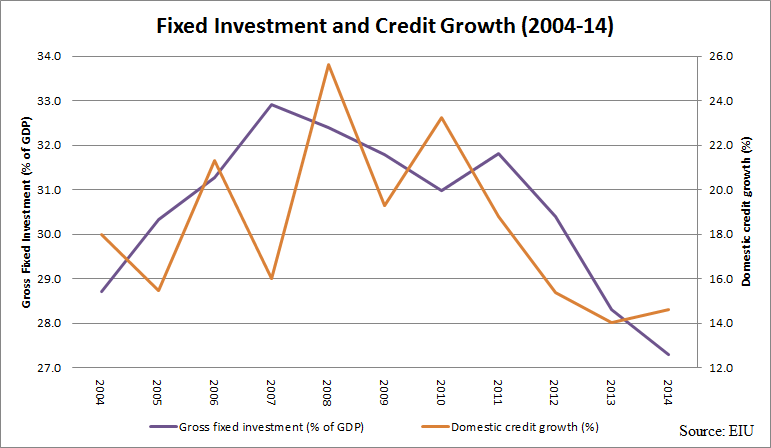 The twin effect of this decline on the economic growth becomes evident from the second graphic. Consumption and fixed investment, two bulwarks of growth for much of last decade, have tanked dramatically. Investors have virtually gone missing over the past two years. Inventories, a good proxy for business confidence, has shown negative or no growth since 2010. 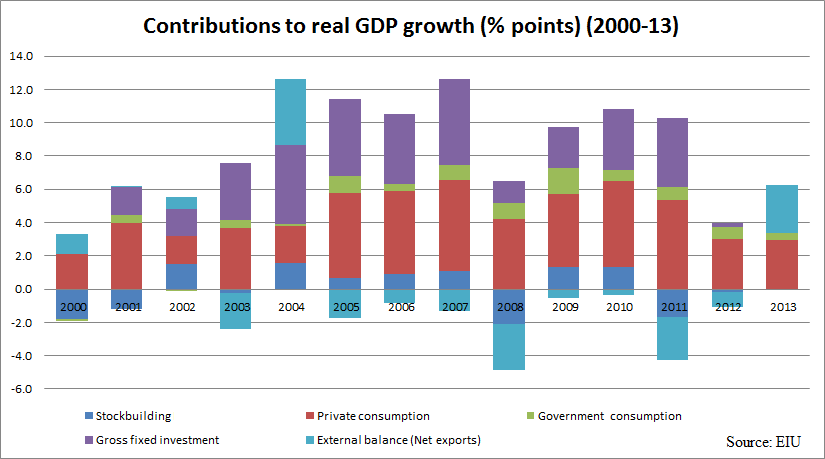 In simple terms, consumers have to spend more and businesses have to invest more, thereby generating the virtuous circle which can sustain a high growth trajectory. In the face of formidable headwinds - high interest rates, high inflation, deficient infrastructure, weak global cues, and bruised bank balance sheets - the prospects for either looks bleak.
Posted by Urbanomics at 6:41 AM