India and the world!

Two interesting maps that compare the Indian states with countries based on population and GDP. The population comparison is understandably flattering. If Uttar Pradesh were to declare independence, it would be the world’s fifth most populous country 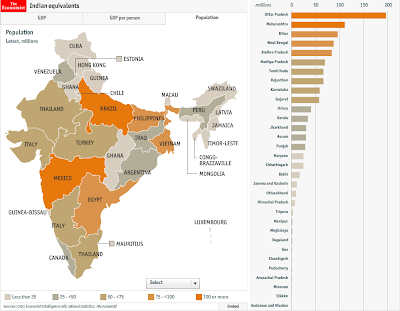 But the GDP comparison is dismal. India could easily be mistaken for Africa. In fact, UP with a population of nearly 200 million would only be the size of Qatar, a tiny oil-rich state of fewer than 2m people. 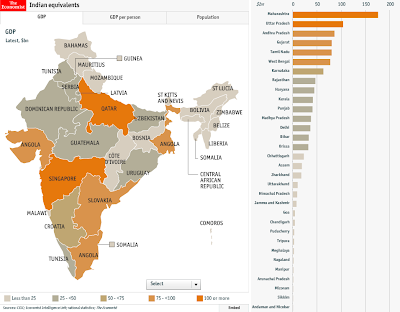 Posted by Urbanomics at 6:19 AM