The Annual Status of Education Report (ASER) 2010 (highlights here), prepared by the NGO Pratham, and covering 7 lakh children in 14,000 villages across 522 districts, was released on Friday. It reported a substantial increase in school enrolment figures but no visible improvement in the quality of education.

The trend for enrolment has been encouraging, with continuous decline in the out of school children, both boys and girls, and of all age groups. Only 3.5% of children in the 6-14 age group are out of school. 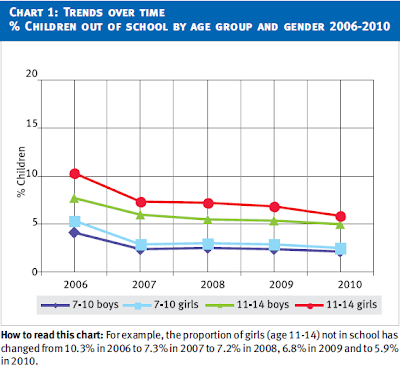 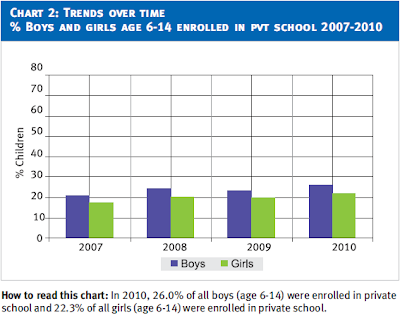 A considerable share of children in the 3-5 age groups do not attend either the angawadis or the LKG/UKG. 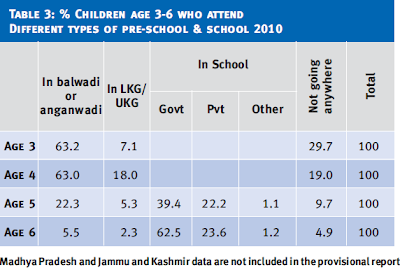 Interestingly, a larger share of government school students attend private schools than those from private schools. The need for external tuition is also a reflection of the quality of these schools. Since the tuitions are invariably private, the effective reliance on private teaching centers is higher. There is a clear decrease in the incidence of tuition among children enrolled in private schools across all classes till Std VIII. 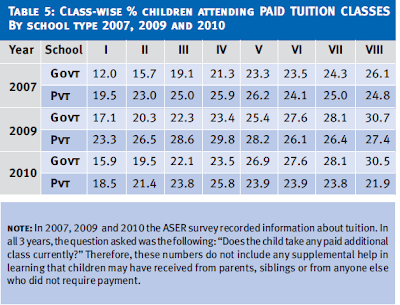 The learning outcomes remain very dismal, even declining in certain areas. Nationally there is not much change in reading levels as compared to last year. Nearly half the students in Class V cannot read even the Class II text. 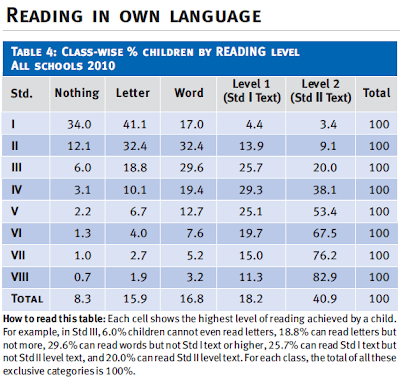 Only 65.8% of children in Class 1 can recognize numbers 1-9, down from 69.3% in 2009. The percentage of students in Class 3 who can solve two-digit subtraction problems has fallen from 39% in 2009 to 36.5% in 2010. The percentage of Class 5 children who can solve simple division problems has fallen from 38% in 2009 to 35.9% in 2010. Across the country, the ability of children to deal with elementary arithmetics has declined. A large percentage of middle school children struggled in their everyday dealings with numbers, such as reading a calendar, estimating volume or calculating area. 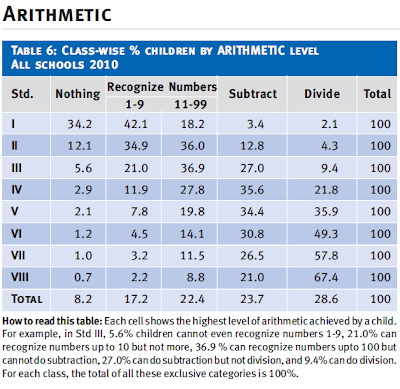 Rated on seven infrastructure parameters they are required to meet under the RTE Act, only 3% schools were found satisfactory on all. The parameters included buildings including classrooms and a boundary wall, drinking water, toilets, girls' toilets, teaching and learning material, libraries and the availability of mid-day meals. Only 53% of all schools surveyed across India were found compliant with the pupil-teacher ratio (PTR). 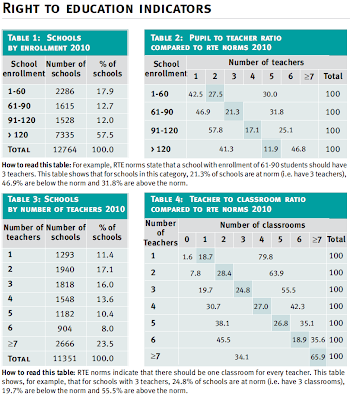 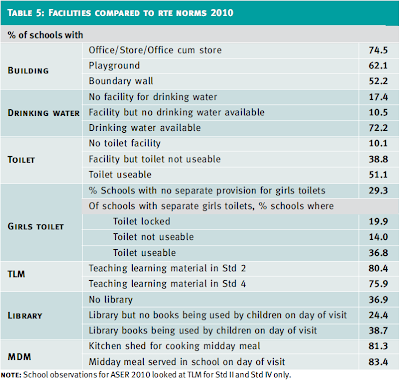 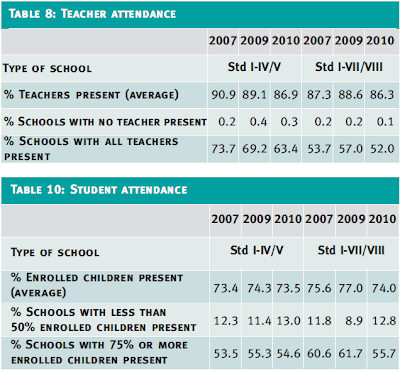 Posted by Urbanomics at 6:09 AM

Email ThisBlogThis!Share to TwitterShare to FacebookShare to Pinterest
Labels: Education