1. Among major developing economies, despite its much higher economic growth rates, India has had the weakest growth in net capacity addition in recent years. 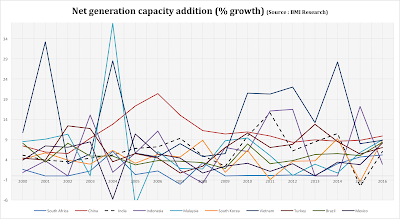 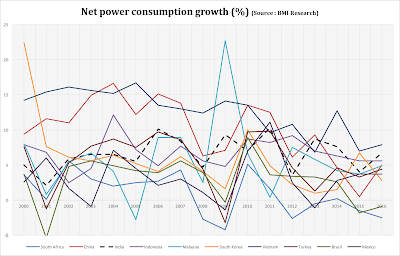 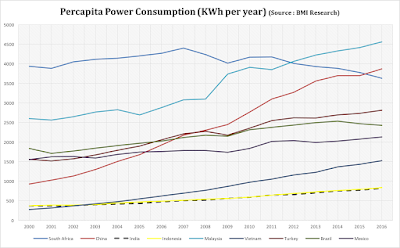 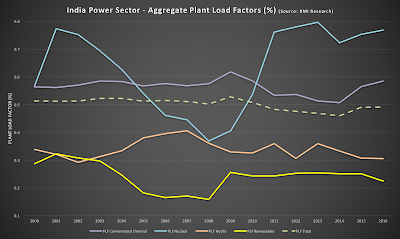 5. The Achilles Heel though remains the very high transmission and distribution (T&D) losses, whose decline, worryingly enough, has plateaued off this decade. Come to think of this, the two phases of accelerated power restructuring programs appear to have had limited effect on loss reduction. 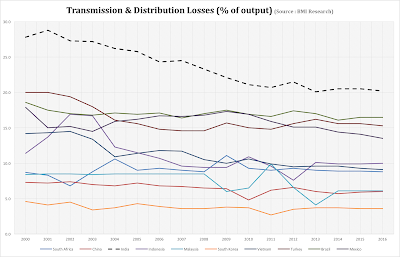 This blogger has consistently held the view that India's power surplus is deceptive. It conceals the suppressed demand arising from a combination of factors - fiscally enfeebled discoms preferring load reliefs to buying power whose cost of service is not recovered in the tariffs, deficient transmission infrastructure preventing evacuation of all available power, and displaced (to diesel generators etc) and suppressed economic activity due to poor quality of supply eroding business competitiveness.
Posted by Urbanomics at 12:57 AM