The most enduring dogma in economics is the belief that tax cuts always pays for itself. The latest example of this, for which evidence is out, is the Bush-tax cuts of 2001. And what is the evidence?

David Leonhardt examined the evidence on growth rates, for both ten and five-year periods, from recent American economic history and found that the last decade was the worst. The growth from 2001 through the third quarter of 2010 averaged 1.66%, comfortably lower than the second-worst decade - average growth rate for 1971-80 was 3.21%. The five-year comparison produced the two worst periods. 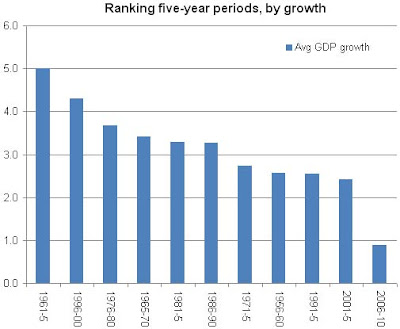 The evidence becomes even more clinching when we compare the labor market outcomes of Bush-era, with its tax-cuts, and Clinton-era nineties, characterized by tax increases. The labor force participation rate has declined continuously throughout the decade to touch its lowest ever employment-to-population rate of 58.4%. 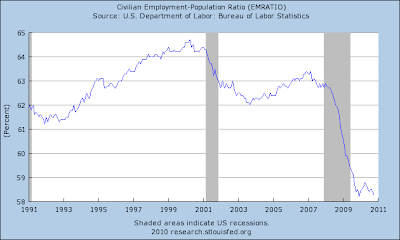 The total non-farm payroll has remained stationary during the Bush decade. This is in sharp contrast to the sharp spike during Clinton era, despite the tax increases. 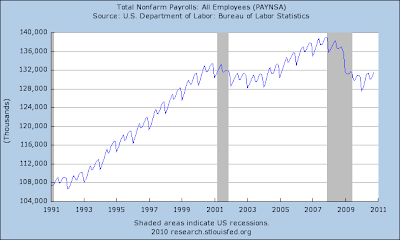 One of the strongest arguments in favor of tax cuts is the claim that it encourages business investments. But, belying this claim, the total private industry payroll has remained the same for an entire decade, in comparison to the sharp rise during the Clinton era. 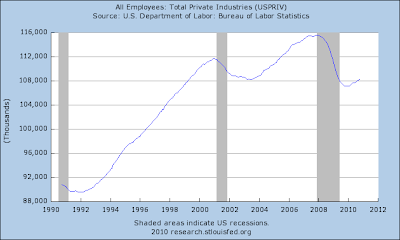 Another arguement punctured by a comparison of the two periods is the claim that it promotes entrepreneurship. David Leonhardt points to BLS figures that clearly shows that these tax cuts did not lead to entrepreneurship and innovation. In fact, the rate at which start-up businesses created jobs fell during the past decade.

On the fiscal balance front, its impact has been in one word, disastrous. When Bill Clinton left office in 2001, the budget for 2009-12 was forecast to have an average surplus of almost $854 bn. The actual budget deficit for 2010 is forecast to be in excess of $1.3 trillion!

Here is a graphic that captures the impact of Bush tax cuts on US deficit. 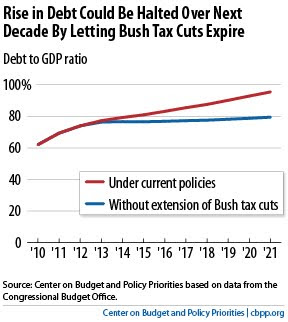 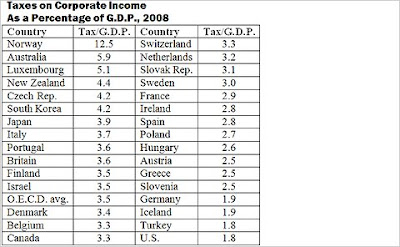 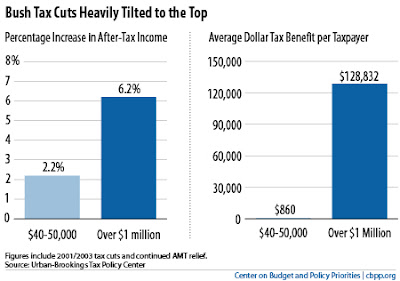 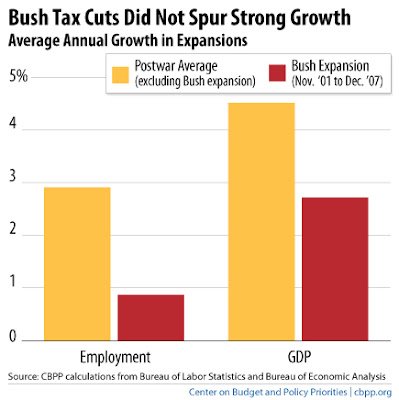 Posted by Urbanomics at 6:01 AM

I think that you have established the correlation, maybe not necessarily a causality.

The third common factor, the economic situation might have been one of the common determinants of both the issues raised by you.

agree with you sir, we cannot be certain about the causation. the confluence of factors, represented by the economic situation, may also have had a contributory role.

but i think again there is a binary dimension to your argument. the issue is not whether tax cuts were solely responsible for the deficits and debts in the two periods. the debate should be about the contribution of tax cuts to the subsequent deficits.

i am not able to get my hands on it, but i have read a paper which controls for various factors and establishes the causative role of tax cuts on the deficits that emerged at the end of Reagan era.