Some graphics on Indian economy

As India grapples with a slowdown, a few graphics analysing the trends in the contributors to economic growth.

The first covers the relative contributions of the various expenditure side drivers of growth to the percentage real GDP growth rates. 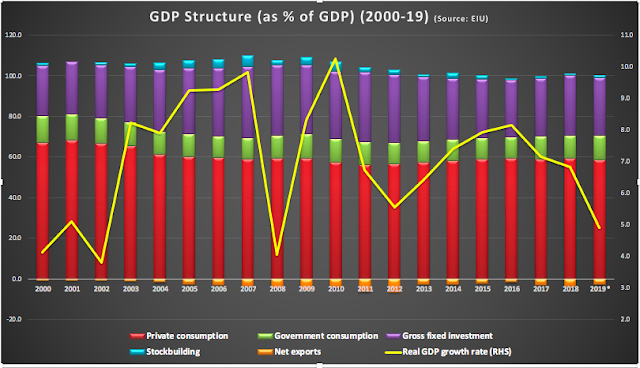 While the shares of private and public consumption has been relatively stable, that of fixed investment has fluctuated across a band of 25% to 35% shares.

The second covers the trends with the percentage points contribution to the GDP growth due to these various expenditures. 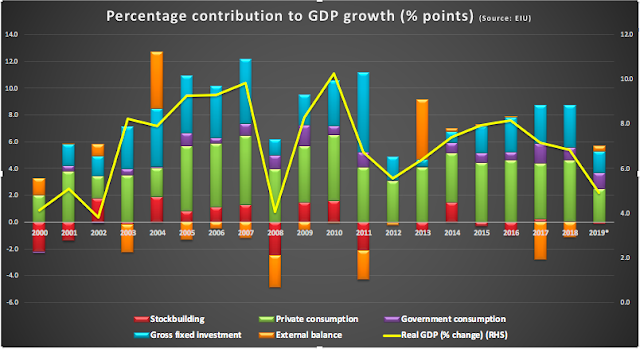 This is widely acknowledged. But note the contrast in fixed investment between the 2003-08 period and the present times. Private consumption too has been declining. Also, the tapering off of inventory build-up points to lack of confidence about economic prospects.

This points to another important, but less discussed, anomaly. As a share of expenditure, the Indian government is very small, even compared to its peers. 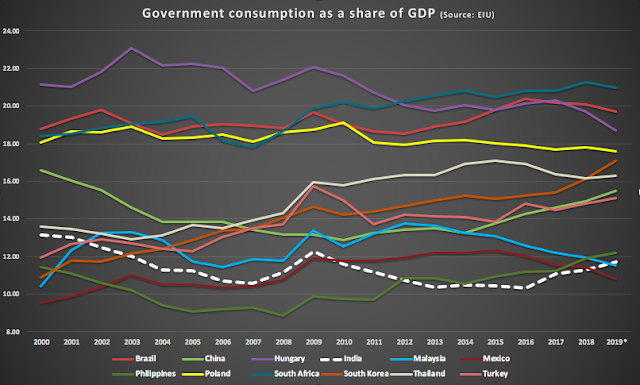 It should therefore be borne in mind that while important, fiscal stimulus, has its limits in the Indian context.

Finally, for those worried about breaching some inviolable fiscal deficit rate or band, here is how the fiscal deficits in the US changed with the economic cycle? 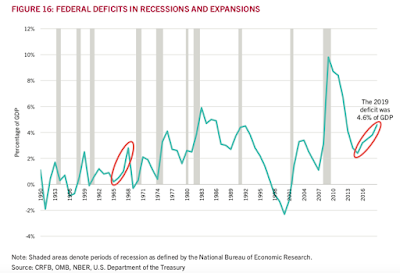 Doesn't Econ 101 talk about counter-cyclical fiscal policy? Or do we have a different Econ 101 prescriptions for developing and developed countries when faced with an aggregate demand slump?
Posted by Urbanomics at 12:01 PM