1. A summary of what to look out for in 2019 - Donald Trump (what the President does on trade, squeezing China, foreign policy, stand-off with Fed, domestic policy, Mueller investigations, and anything new always likely with him), China (the uncertainties on credit flow and debt sustainability coupled with the impact of trade wars), Europe (Brexit end-game, the fate of the Italian Job and its influence on others), EMs (elections in Nigeria, India, Indonesia etc; domestic growth), and geo-politics (Iran and Middle-east on oil, China in its near abroad).

There are likely other side-events - regulatory actions on technology companies in the US, . The equity prices and bond yields will respond accordingly.

2. At 114 months, the current US economic expansion is the second longest since the War, and will break the record if it survives 2019. One model predicts an impending recession. 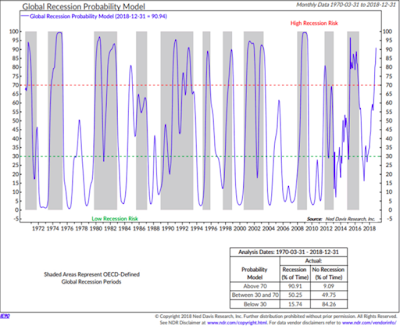 3. As a turbulent December ends and uncertainty looms, this progression of IMF's forecasts of the world economy and its constant downwards revision is instructive. 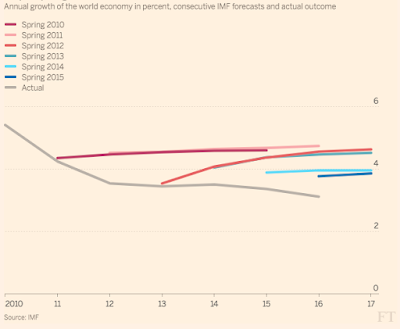 4. The equity markets tanked in the last quarter, but not before continuing its run that catapulted Apple to the top of the charts. Reflecting on the froth in the tech market, this from Ruchir Sharma is stunning,

For the price of Apple you could have bought all the companies in three of the largest markets of Southeast Asia: Indonesia, Malaysia and the Philippines. Or all the public companies in the three largest markets of Eastern Europe — Poland, the Czech Republic and Hungary — nearly three times over... the markets of the Philippines, Malaysia and Indonesia together trade less than $1 billion a day, compared with about $6 billion a day for Apple alone.

5. Cash and Treasuries emerged as the best performing asset categories. EMs slipped from top of class last year to bottom of class! 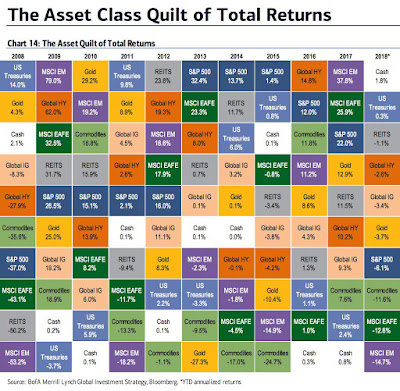 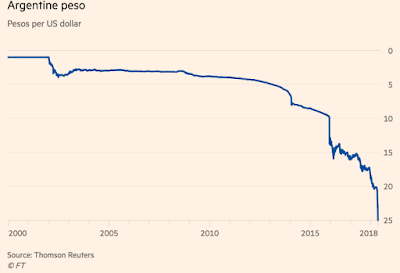 7. How the chart below plays itself out on the actual implementation of the proposed trade sanctions will be critical for the fortunes of the global economy. 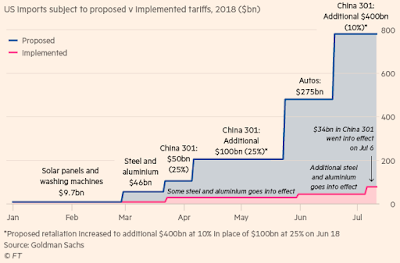 8. Like it has been each of recent years, what happens in China will perhaps be the most important contributor to the prospects for 2019. Credit growth (led by steep decline in shadow banking credit), land sales, manufacturing activity, and consumer sentiments are all facing headwinds and showing downward trends. 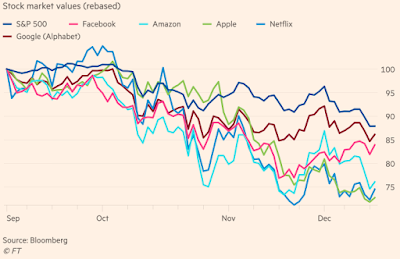 10. EM Currencies had a bad year, falling against the dollar. India was the worst performing Asian currency. 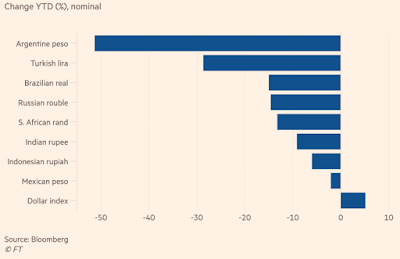 11. All the major indices returned negative for the year. 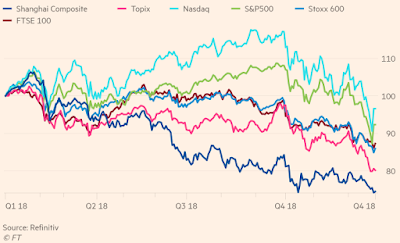 12. Finally, capturing the near complete partisan nature of political debates in the US is the graphic below. 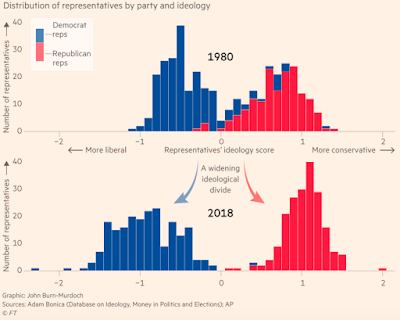