1. NYT has a series of night-time activity visualization of different Syrian cities before and after the break out of the civil war. The country is 83% darker at night than before the war began.

The civil war has so far displaced nearly half the country's population and killed more than 200,000 people. Even Damasacus, under government control, is 35% darker than before the war.

2. FT has this superb visualizations about Twitter activity in Venezuela which starkly shows the extreme levels of polarization of opinion in the country. The graphic below shows the Twitter activity  (about 91000 tweets) networks on the day of President Maduro's claim about having foiled a US sponsored coup attempt. 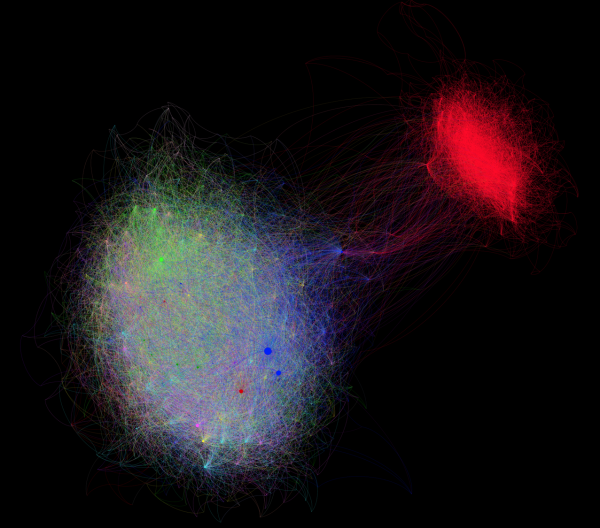 The red cloud on the right points to tweets from those aligned to President Maduro and that on the left represents the remaining vast variety of Venenzuelan and Spanish-language media and others. The lack of overlap is a striking illustration of the disconnect of the Maduro administration with the rest of the country.

3. The most fascinating is this one about which airports, airlines, and routes within the US are likely to get you fastest to your destination.
Posted by Urbanomics at 6:00 AM

Email ThisBlogThis!Share to TwitterShare to FacebookShare to Pinterest
Labels: Visualization