Inequality and taxation in the US

America's deep fiscal hole and spectacular income growth at the top of the income ladder has ignited a debate on increasing the marginal tax rates, especially for the richest.

This striking graphic from Thomas Piketty and Emannuel Saez brilliantly captures the stunning magnitude of concentration of wealth at the top over the past quarter century. In order to mitigate the effects of this, they propose a "much higher top marginal tax rates on the rich, up to 50 percent, or 70 percent or even 90 percent, from the current top rate of 35 percent". Peter Diamond and Emmanuel Saez have estimated that the optimal tax rate on the highest earners is in the vicinity of 70%. 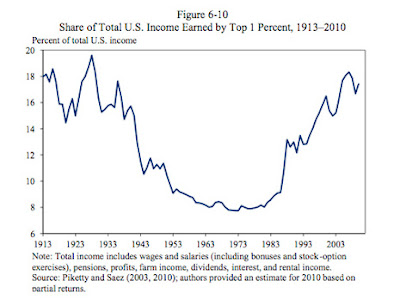 In fact since the mid-eighties, income gains at the topmost part of the income ladder dwarf those elsewhere. As the after-tax incomes of the top 1% households rose 277% in the1979-2007 period, those of the bottom quintile just nudged up 18%. 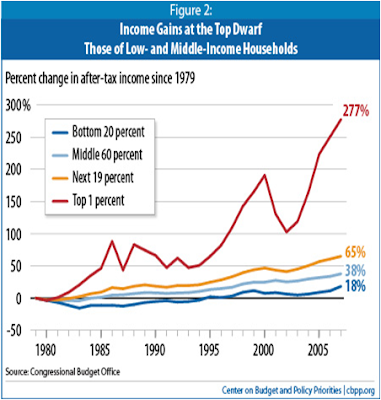 An important contributory factor to this rise in income inequality has been the declining marginal tax rates. As David Leonhardt points out, the effective tax rates - including income, payroll, and all other federal taxes - have declined dramatically in the last 50 years for the very rich. The US tax code while still progressive, is not nearly as progressive as it used to be. 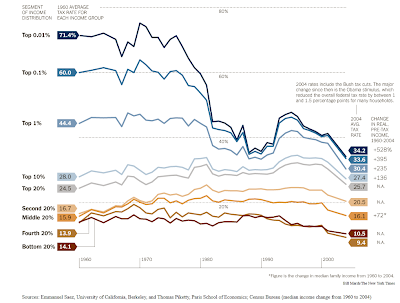 See also this excellent series of graphics from Derek Thompson.

The Times has this graphic which shows how as corporate profits have exploded, effective tax rates have fallen. 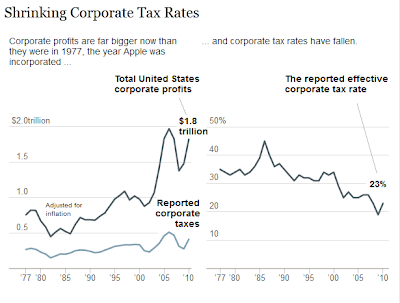 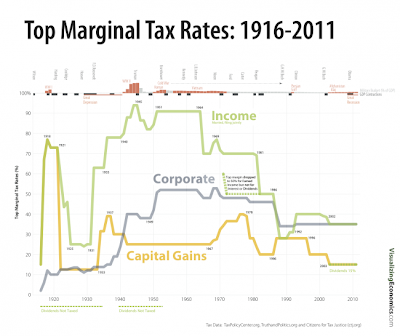 Posted by Urbanomics at 6:11 AM

Email ThisBlogThis!Share to TwitterShare to FacebookShare to Pinterest
Labels: Inequality, Taxation, US Economy