Excellent graphics from the Wonkblog, BBC, and the Atlantic. All graphics below highlight important economic and social trends in a most striking manner. 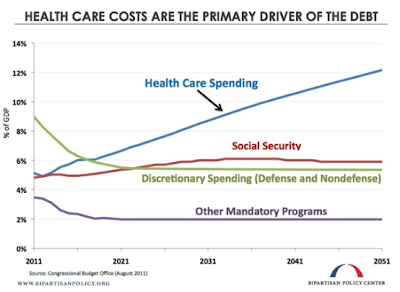 This graphic captures the extent of political polarization in the US. In the late 1960s, the most conservative Democrats in the House and the most liberal Republicans voted together frequently enough (as shown by the overlap between the two distributions) to make centrist legislating successful. By the late 1980s, that overlap was dwindling and today, it is largely gone. 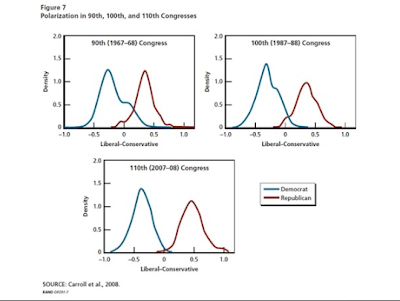 Inequality is already one of the most important concerns for the US economy. As the graphic shows, corporate profits have not only recovered their post-recession highs, they’ve surpassed it and are growing, even as workers compensation as a share of the economy is declining continuously. 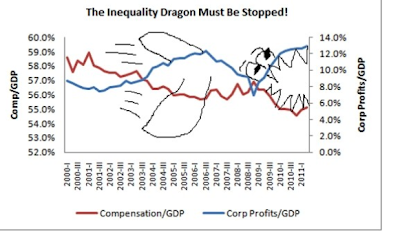 Thomas Gallagher of Scowcroft Group points out from the graphic below that the steep bull market since the early 1980s and the fact that previous such bull markets were preceded by pretty severe bear markets, is reason enough to be minimize expectations for overall stock market gains over the next several years. 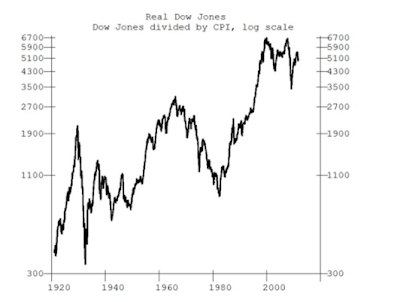 Given the extent of job losses during the Great Recession, this Hamilton Project graphic shows that it may be years before the US economy regains the pre-recession level of jobs. If the economy adds about 208,000 jobs per month, which was the average monthly rate for the best year of job creation in the 2000s, then it will take until February 2024 — over 12 years — to close the jobs gap. 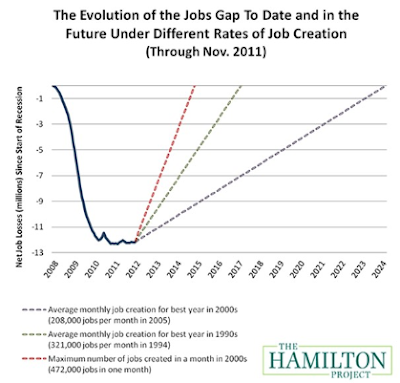 The chart below shows the real GDP in the US and the level of total civilian employment from 2002-2011. Its trends are an indicator of the gravity of labour market problem facing the US economy. While the total output has regained the pre-crisis level, the labour market is stuck way below. In other words, the US economy is producing the same output as in Q4 2007 with 6.6 million fewer workers. This jobless recovery points to a combination of increased productivity and labour market shifts (towards jobs which employ fewer jobs). 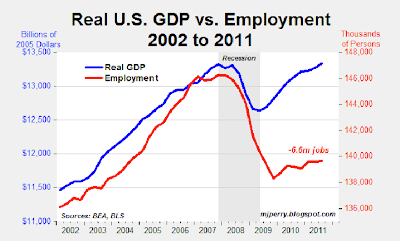 The graphic below captures the true magnitude of the global macroeconomic imbalance. It highlights the explosion of current account surpluses and official investments of delveloping economies in foreign financial assets, especially US Treasury Bonds. The mirro image of this is the rise in current account deficits in the developed economies. 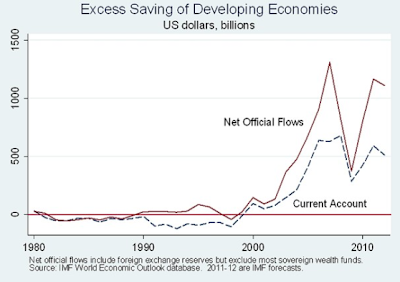 Tyler Cowen's book, The Great Stagnation, has drawn attention to the stagnation in the Total Factor Productivity (TFP) of the US economy since the early 1970s. TFP is a measure of how much the economy is receiving a boost from innovation and new ideas, as opposed to, say, people working longer hours or taking a second job. 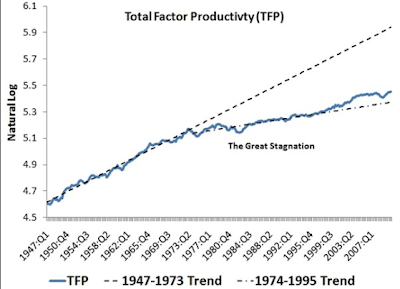 The graphic below highlights the power of the Fed's monetary policy announcements. On August 9, 2011, the FOMC meeting minutes announced that the economic conditions were 'likely to warrant exceptionally low levels for the federal funds rate at least through mid-2013'. The market reaction was impressive. 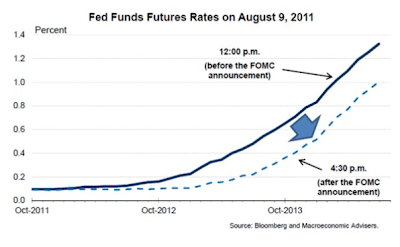 One of the most powerful measures of the depth of the Great Recession is the output gaps that have emerged in both sides of the Atlantic. Bridging them could take years. 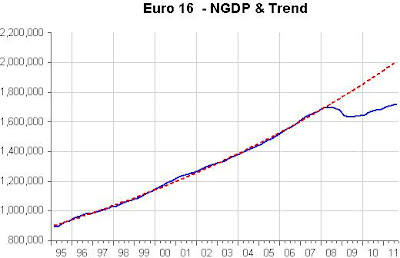 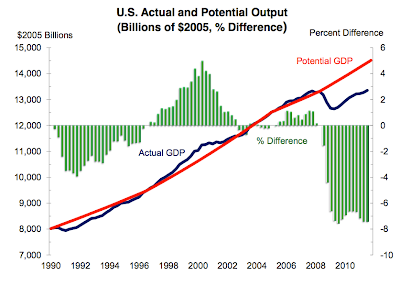 The two illuminating graphics ought to clarify the source of America's current debt crisis. It clearly points to the Bush legacy - tax cuts and Iraq-Afghan wars - as the main drivers of the ballooning deficit. Further, the much maligned stimulus spending and bailout policies have contributed only marginally to the debt stock and deficit. However, the loss of revenues due to the economic downturn has had a very significant effect. 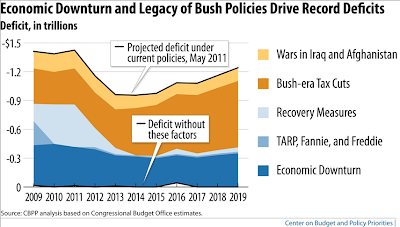 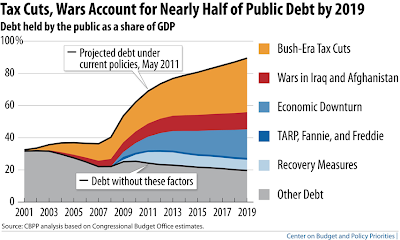 Posted by Urbanomics at 6:14 AM