US economic situation in graphics

Mark Zandi's testimony before the House Budget Committee contains several superb graphics that can be used to nicely reconstruct the state of the US economy today.

The LIBOR-Treasury spreads clearly reflect the strains experienced by the US economy over the past three years. 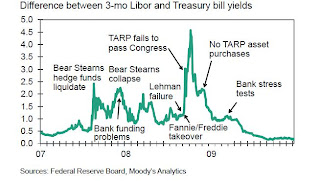 The federal debt-to-GDP ratio, while not alarming when seen in historical perspective, is estimated to reach its highest level in more than half-a-century. 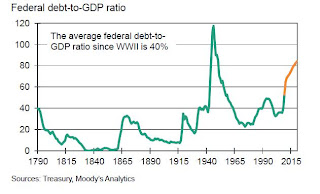 As the recession deepened, state and local government revenues have fallen precipitously. 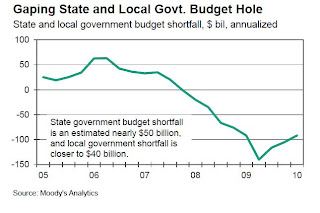 The impact of ARRA spending will disappear from the third quarter, leaving the corporate sector to shoulder the burden. 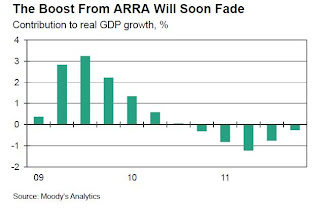 Stripped off the census hirings, the labor market shows no signs of any recovery despite the recession getting over. 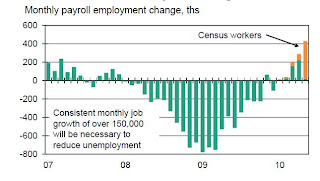 A reflection of the deep uncertainty about economic prospects is the anemic job hirings in the private sector, which has acted to amplify the unemployment problem. 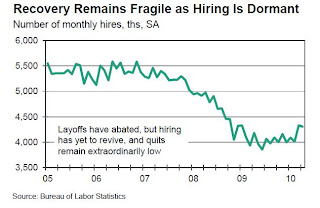 Despite a surge in corporate profits, jobs have been hard to come by, as most of the profits have been saved or used to pay-off debts. 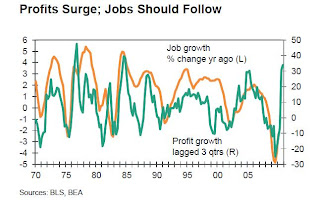 Consumer sentiment is stuck at a low plateau. 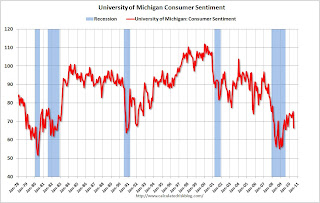 Business confidence, like consumer confidence, is at its lowest level in the last three decades. 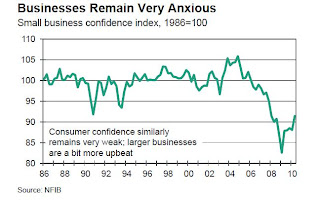 Despite the rebound in equity markets and bottoming of the real estate market, foreclosures show no signs of falling. 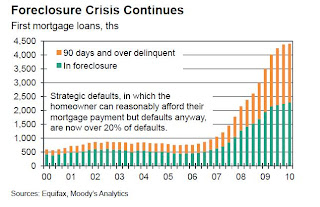 The spectacular de-leveraging by households and financial and non-financial firms has driven down the credit markets and there is no evidence of any recovery. 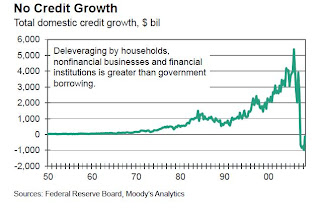 The news from Europe is not encouraging as the sovereign debt spreads (with respect to 10 year German government bonds) remain high. 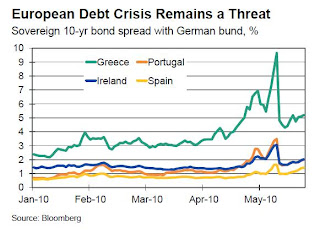 Superb series of graphics on the US economic situation.
Posted by Urbanomics at 6:46 AM

Email ThisBlogThis!Share to TwitterShare to FacebookShare to Pinterest
Labels: US Economy